The Shelving of Women

"The headship of men does not mean the shelving of women. The Pauline epistles tell us plainly how real and extensive the role of women was in the New Testament church. Men who seek to make a woman the mere adjunct of themselves are stupid, foolish, and unchristian. They pass up the wealth of God's way for the poverty of their ego. The churches which relegate women to a limbo of irrelevance are guilty before God. Subordination does not mean irrelevance nor incompetence. If this were true, every corporation would be better off if all the staff and employees were fired, and only the chairman of the board remained. It would commonly mean the departure of intelligence." ~R.J. Rushdoony (1984) 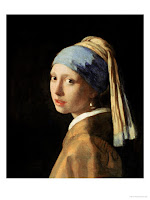