Is Classical Education the Same as Christian Education?

This very informative post about classical versus christian education was shared on Facebook the other day.  I thought it had some very important information that might be helpful to you.

IS CLASSICAL EDUCATION THE SAME AS CHRISTIAN EDUCATION?

I have been considering the answer to this question for more than 20 years. The answer is not as simple as one might hope. If you are struggling with this answer, I hope these thoughts will help you.

THE HEART OF THE MATTER

On the surface it might be easy to conclude either "yes, it is" or "no, it is not." But I think it is important that we go to the very heart of the matter, that is, the inner part or the vital part.

It is my conclusion that Classical Education lays a foundation of the heart, soul, and mind of a "Renaissance Christian" rather than a "Reformation Christian." You may ask, "what is the difference?"

Let me show you what I mean by quoting from The Institute of Catholic Liberal Education: The Riches of Classical Education web site. In order to distinguish my thoughts from theirs, I will place their thoughts in brackets [ ].

ICLE: [“Classical Education”, as the term is commonly used, refers to the kind of education that was developed during the Renaissance by Christian humanists. It differed in important ways from the medieval education that preceded it and the scientific/vocational education that followed it.]

DQ: They properly understand that the education of the Renaissance Christian was different from the education of Christians living in the Middle Ages. I think there was a difference in both form and thought. The Renaissance Christian began to draw upon the thoughts and ideas of the Greco-Roman world. Over time these teachers began to merge the "best" of the Greco-Roman world view into the Christian world view. To those Christians living in the Middle Ages this merger would be the union of two opposing traditions. Christians of the Protestant Reformation also considered this an "unholy union." This difference would become the basis of the Protestant Reformation.

ICLE: [Liberal Arts  The day-to-day work of a classical school consisted of training in the trivial and quadrivial arts. Through Grammar, Logic and Rhetoric, students became masters of language and thought. They learned to be able to account for every word used by the great Roman and Greek authors, explaining its grammatical structure, role in argument and connotative impact. Through imitative exercises, they became articulate, persuasive and inspiring in speech and writing.]

DQ: This may sound innocent and even good at first reading; however, where does it lead?

DQ: "Through imitative exercises" is a very important concept in Classical Education. They would "imitate" the speeches and writings of the Greek and Roman writers. In doing so, these ideas begin to become part of them. They would "rehearse" them. To "rehearse" is to narrate, to recite, to meditate on. The wonder, the beauty, and the genius of the Greco-Roman world was rehearsed in their minds -- over and over again. And what happened as a result? A "reverence" for the Greco-Roman Civilization was implanted within their hearts, soul, and minds.

ICLE: [Reverence for Greco-Roman CivilizationClassical Education assumed that, if we are going to learn today, we have to begin with yesterday. Greco-Roman Civilization, received and developed in Christian Europe, is a rich tradition of thought, art, governance, and reflection. To flourish in life, students learned to read deeply and carefully, imbibing this culture, becoming a part of it themselves. The cultural ideals learned in school gave them a foundation for their adult life.]

DQ: What does it mean to "read deeply and carefully, imbibing this culture." To imbibe means to absorb or assimilate and to embrace. In reverence for the genus and beauty of the Greco-Roman world, the thoughts and ideas of this world view would be absorbed and assimilated into their lives … "becoming a part of it themselves." This would result a monumental shift within Christianity -- from Biblical Christianity to Renaissance Christianity.

DQ: Back to the original question: Is Classical Education the same as Christian Education? The answer? Well, it depends upon how you understand the word Christian.

DQ: WHERE WILL CLASSICAL EDUCATION LEAD YOUR CHILDREN? Classical Education will most likely result in students who will imbibe the Renaissance Mind rather that the Reformation Mind. These students will be absorbing, assimilating, and embracing the UNION of two traditions, Christian and Greco-Roman thought. The union of these two traditions moves the heart, soul, and mind of the student in the direction of the Catholic Mind rather than the Protestant Mind.

DQ: Why the difference? Because of what the student is being asked to imbibe as Truth.

DQ: The important consideration for young evangelical Christian parents is simply this -- "know what you are getting."

DQ: NOTE -- If you know families who are considering some form of Classical Education for their children or who are currently involved, Shirley and I hope you will share this posting with them. May God grant us His Wisdom as we fulfill the high calling of discipling our children. 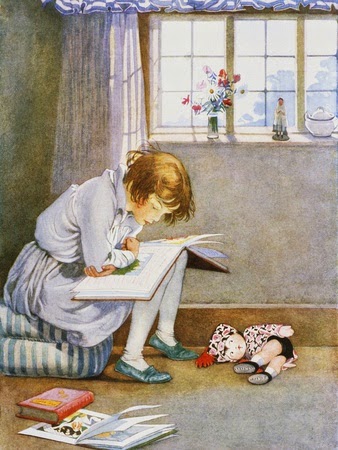