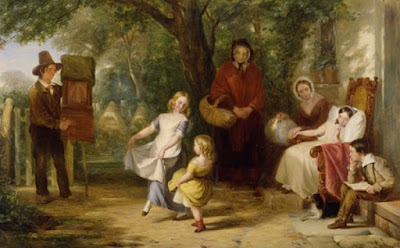 I had a friend share this information with me, and I thought it would be good to share it with my readers.  I hope it is helpful to you in taking care of yourself and your families.

This is a story from a mom who took her child to the emergency room with a cut:

Doctor:  "We're going to give her a tetanus vaccine."
Mom:  "Really? What brand and configuration did you have in mind?"
Doctor:  "Just Tetanus."
Mom:  "You mean the DTaP?"
Doctor:  "Well, yes."
Mom:  "So, you want to give my child a vaccine for 3 diseases when you're only concerned about one?"
Doctor:  "It's the only way it comes." (wrong)
Mom:  "So...how long will it take for the vaccine to help her create antibodies against tetanus?"
Doctor:  "About 3 weeks."
Mom:  "If this wound contains tetanus spores in the correct environment, how long before the spores start producing toxins causing lockjaw then death?"
Doctor:  "Immediately."
Mom:  "So you want to give her a vaccine that she won't mount an immune response with until about a week after she's dead, then?"

We left without the shot or TiG...
Scares me that I have more information than a physician.
It should scare you, too.


Fun facts on tetanus that clearly most doctors don't know (or lie about) since they give the DTaP vaccine for even sinus infections and any minor cut:

1. Tetanus is an anaerobic bacteria meaning it can't survive in oxygenated environments meaning if the wound bled, NO tetanus.
2. Just because you get cut on metal (rusty or not), it doesn't automatically mean tetanus bacteria is present. Tetanus is normally found in manure/dirt and not on a clean plumbing fixture.
3. Even if there was a deep puncture wound that did not bleed, caused by an object that had tetanus bacteria on it, you literally can NOT "vaccinate" against a bacterial infection AFTER the exposure. The vaccine is not an instant tetanus killer; it would take weeks for your body to produce enough antibodies (provided the vaccine is even successful at all).
4. If there were serious concerns about tetanus exposure (as previously explained) then the ONLY thing that could help (outside of allowing the wound to bleed, if possible, and cleaning the wound with soap, water, or hydrogen peroxide) would be the TiG shot (tetanus immunoglobulin), which is an anti-toxin and not a vaccine.
5. There is no "tetanus vaccine" available in the United States, only the DTaP which is a 3-in-1 cocktail vaccine consisting of Diptheria, Tetanus & Pertussis (whooping cough) or Td (tetanus and diphtheria).

1. A tetanus shot would not help a current case of tetanus as a vaccine takes several weeks to create antibodies. If a current case of tetanus is truly a concern, the TiG shot is what should be given.
2. According to the VAERS database, reactions to vaccines for tetanus and diptheria are not rare. As of August 2012, there were over 22,000 adverse reactions reported and 67 deaths.
3. Lastly, the CDC states that efficacy of the tetanus toxoid has never been studied in a vaccine trial.

Also...
.... the Blue Cross Blue Shield doctor incentives booklet from 2016, click here to see it: 2016-BCN-BCBSM-Incentive-Program-Booklet.  Inside you will find the payouts given per vaccines.
Receive Blessed Homemaking in your inbox. Subscribe here.