Against the Proletarization of Women ~ Antonia Cunningham, 2003 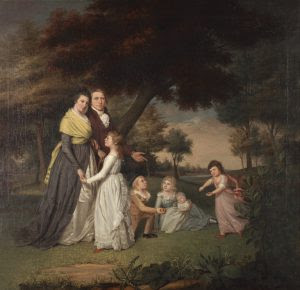 Until the latter half of the nineteenth century, the American family was viewed and regarded as a legitimate sphere of powerful economic and influential government, complete with land, an armed defense, a covenant head, and that covenant head's subjects. (The word "economy" literally means the law of the home.) Christian men often held positions as statesmen and justices in the civil sphere as well as ruling positions in the ecclesiastical sphere.

However, as men became influenced by the Jacobin, egalitarian philosophy of the French Revolution and began to follow Unitarian religious philosophy rather than the Calvinism of their eighteenth century Puritan heritage, the family began to be much less influential. Biblical covenantalism and federalism gave way to anti-biblical democratic individualism.

The doctrine that a woman's place is in the home was as recently as 50 years ago held by most Americans, not just Christians. It was only challenged when the humanistic Civil Rights Movement of the 1960s began to influence our nation.

Marriage is an economic institution. God has created the woman to be the helper of man, not to be a provider. The woman is an object of provision - otherwise the man's role as provider is meaningless. If the husband is not providing for the home, he should be severely rebuked and disciplined by the Church, until he demonstrates that he is providing for his wife. However, it is just as wrong for the wife to provide physical food for the home in response to her husband’s abdication as it would be for women to provide spiritual food to the congregation if male elders are teaching heresy. It was Adam who was given instruction to till the ground and provide. 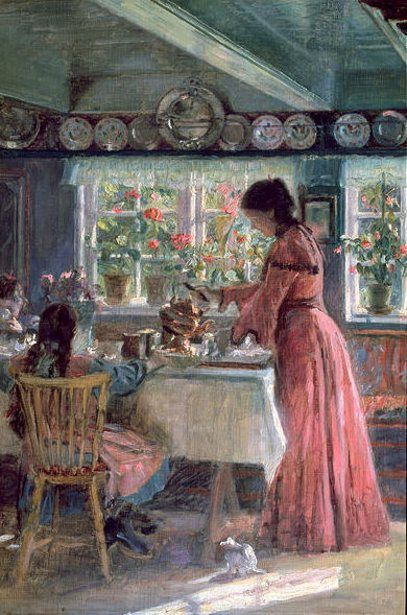 As politically incorrect as the biblical view for the woman's place in the home is today, the biblical mandate on this issue (as any other) must be upheld, and God's Supreme Law-Word must be obeyed over the rules of men (Acts 5:29). When the Bible gives examples of women working, this work is always home-based. Some examples are Dorcas (Acts 9:36–42), Lydia (Acts 16:14,15,40), and the woman of Proverbs 31.

A married woman who works for another man is literally forced to obey two economic masters, and is consequently unable to be subject to her husband in everything as the Lord commands (Eph. 5:24). The husband also disobeys the Lord when he gives his wife to another for economic support. He is no longer providing for his wife. Instead, another man is now providing for her, and she is in his charge. On a collective level, this abdication leads to the tyranny of socialism and statism, a phenomenon that is increasingly prevalent in the United States as biblical, familial, ecclesiastical, and civil federalism and localism continue to be eroded by antinomian pietism, secular humanism, and mob rule.

As shown in Marx and Engels' Communist Manifesto, one of the first objectives of socialism is to seize private property that God has authoritatively and graciously given to mankind through the positive sanctions of His eighth commandment. One of the ways a socialist society is built is through taking the woman out of her biblical, natural sphere of the home and placing her in the workforce alongside the men - all in the name of an economic and social egalitarian, utopian ideal.

It is already clear at this point that the emancipation of woman, her equalisation with man, is and remains impossible so long as the woman is excluded from the productive work of society and remains restricted to private household work. The emancipation of woman first becomes possible when she is able on an extensive, social scale, to participate in production, and household work claims her attention only to an insignificant extent. And this for the first time has been made possible by large scale industry, which not only admits women’s labor over a wide range, but absolutely demands it, and also strives to transform private household work more and more into public industry ~ Friedrich Engels, co-author of The Communist Manifesto


I believe there is a direct correlation between feminist careerism and the high property taxes that are forced upon property owners today. Unemployment skyrocketed in the 1960s when women left the home and men were forced to compete with women for employment. Herein lies another reason why I believe a woman should not leave the sphere of the home to work. We cannot, in good Christian conscience, be employed in jobs that men need for the support of their wives and children. 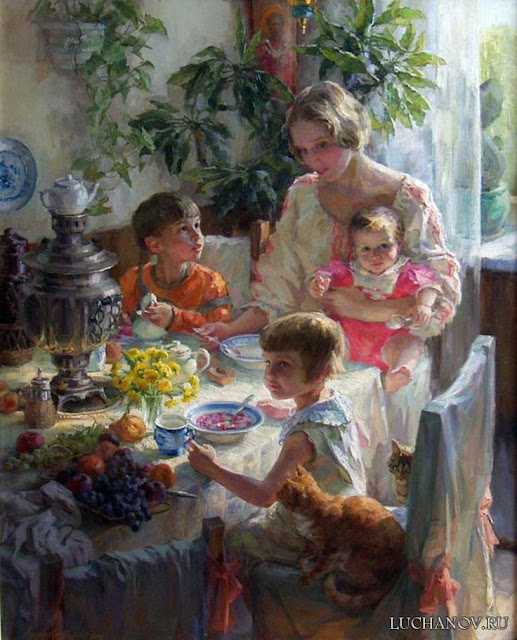 A married woman is employed in the most important job in the world. She works in her and her husband’s home - under their vine and fig tree, on their land, under God's primary and her husband's secondary federal and economic authority. No firm can pay a woman to care for children or an elderly parent. No business can pay a salary worthy of a woman praying with a hurting sister over muffins and coffee at 11:00 a.m. on a Tuesday. No president of a company can pay a wife to give her husband a much-needed foot massage after a good, hard day's work. No CEO in any corporation can pay a woman to make a home-cooked meal for her family or for a bedridden brother in Christ.

During the War for Southern Independence 140 years ago, many black Confederates fought for the freedom to be stewards of their own land and that of their masters, refusing to be subjected to the tyranny of a coercive, centralized Unitarian State in the name of emancipation. In the same way, let us, as married women, contend for our God-given right to be full-time housewives to our husbands and servants to other members of the Body of Christ, forsaking the world's current administration of centralized government, socialism, and statism.

To be sure, I am in no way saying that a woman should be confined to the home or that she cannot make money from the home. Indeed, this is the hallmark of the Proverbs 31 woman. I believe that as long as it does not interfere with the work of the home, the wife is also free to work in her husband’s office or with him in a partnership situation (such as a legal or medical practice). I teach and have taught piano lessons from our home for some time in order to earn money for the household. However, this is not meant to be provisional income (as our role as women is that of helper and not provider), but income used for the improvement and beautification of the home. I am under deep biblical conviction that this economic arrangement serves not only to protect women from their usurping, independent, sinful tendencies, but also protects the man from his sinful tendency of abdication. This type of administration also collectively fulfills the dominion mandate, since it helps to benefit society as a whole and strengthen familial government. 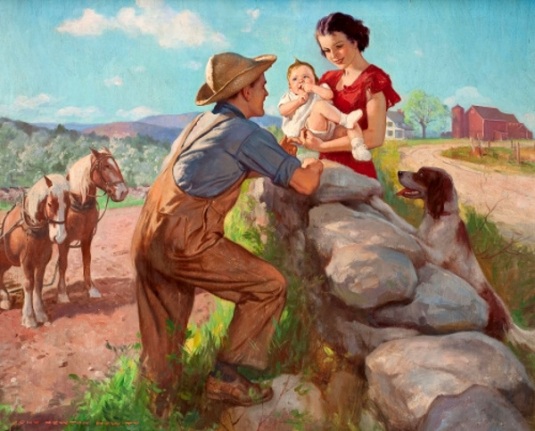 It is no wonder that so many evangelical Christian women today are entering seminaries with what I believe is mostly a sincere desire to provide spiritual nourishment to starving, backslidden, or apostate congregations; this same generation of women has been told the lie that it is their responsibility to provide economically for their own households. It is inconsistent to tell women that they may not have a career in the pulpit or in the armed services (this includes combative roles) if we as a Church are unwilling to specifically tell women that their role or "career" is to be their husband's helper as keeper of the home. Egalitarian roles in the powerful and influential sphere of the family will inexorably create a secular humanistic state, leading to both spiritual and economic slavery and tyranny (1 Sam 8:1-18; Isaiah 3:1-12). The only way to avoid this tyranny is for married women to be keepers at home, that the Word of God may not be blasphemed (Titus 2:4).

I would give a woman not more rights, but more privileges. Instead of sending her to seek such freedom as notoriously prevails in banks and factories, I would design specially a house in which she can be free. ~ G.K. Chesterton

Used by permission from the author