True Beauty for the Christian Woman 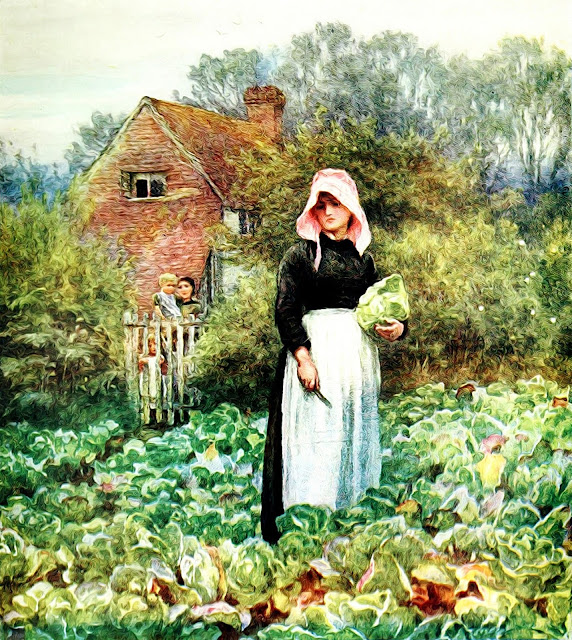 Note:  This post has been updated from its original contents.  I found out the source that "quoted" George Lawson changed some of his wording, so I have found the original source of this quote and updated the quote here.

"Favour is deceitful, and beauty is vain: but a woman that feareth the Lord, she shall be praised." Proverbs 31:30

Why is not beauty mentioned in the character of the virtuous woman? Is not beauty a bright ornament to her virtue? But there is no mention made of it in this description, because it is a mean quality in comparison of those which are here enumerated. It is but a flower that fades in a day; and the love produced by it is but a transient passion.

When beauty is not sweetened by virtue, the woman who possesses it is but like a sow with a golden jewel in its snout, as Solomon tells us. At the best, beauty cannot secure that love which it raises, for when it becomes familiar to the lover, it palls upon his sight; and sometimes tempts him to curse that enchanting influence which blinded his eyes to more solid qualifications.

But a woman that fears the Lord, whether she has or has not beauty--shall be praised; for true piety is the beauty of the soul, and excels that which lies in complexion and features as much as Heaven is higher than the earth, or eternity longer than time.

The fear of the Lord is the beginning of wisdom, and the most essential part of the virtuous woman's character. It is this which sanctifies every other part of it, and makes her all glorious within. Its praise is not of men but of God; yet the pleasant effects of it; which spread themselves into every part of her behaviour, cannot but excite the admiration of all beholders.

The flowers of poetry have been exhausted in dressing out beauty to the greatest advantage; but this one verse of Scripture is sufficient to give us just notions of its real value.  It is indeed a lovely qualification when it is joined with piety and humility--but without them it is a snare and a trap. In choosing a wife, fools will follow their fancy, and the wise will act according to reason and the Word of God.