Adultery Begins in the Heart 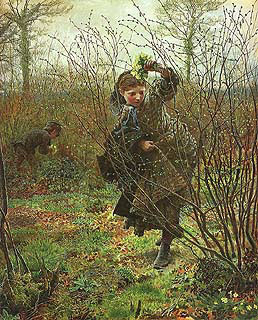 Christian men and women all need to take heed to our Lord's words in the Sermon on the Mount, where the Lord informs us that for a man to even look on a woman with lust in his heart is adultery.  It is interesting to note that the Lord addressed this to men, who more knowingly, are prone to this sin of lusting.  Christian men must give no place whatsoever to this wickedness in their lives, especially with our culture that is rampantly given over to such wickedness as pornography.  We also see immodesty everywhere, but this is no reason or excuse for Christian men to give in to looking and lusting, for, as we will see below by a thorough commentary from A.W. Pink, that this is truly adultery.  And if looking with lust is adultery, how much more so is it when men seek out wicked videos and pictures of women in ways that they should only seek their wives.

I have even heard some very deceived women state that it is only in man's nature to look and be attracted to other women.  Yes, it is in their sin nature, and that sin needs to be mortified (put to death).  If a husband is in this sin, he has broken his marriage covenant and is an adulterer.  If a husband truly loves his wife, he will have no desire to be with, or even look at in this way, other women.  A Christian husband must take whatever steps necessary to avoid temptation whenever possible, and flee temptation whenever it presents itself.  He will make a covenant with his eyes, as we see in Job 31:1, and will keep himself, body and mind, for his wife.  A Godly wife is a gift from the Lord, and a husband should not take her for granted.

But also, we know that this warning from our Lord applies to women as well.  There are several times in my Christian life that I have been shocked to hear "Christian" women swoon and gush over some actor or other celebrity they find attractive.  Ladies, is this not adultery of the heart?  Yes, indeed it is!  How can we ever allow ourselves to be attracted to and gush over another man and excuse ourselves for it?  We women must also keep our hearts pure in this manner, and have eyes only for our husbands.  If we are not yet married, God's Word tells us we are to be busy about the things of the Lord--so our eyes should be upon him. 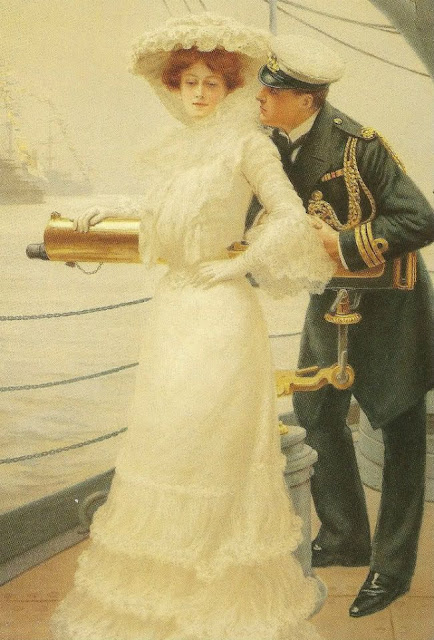 Let us look below at the wisdom Mr. Pink has to show us on this passage.

'When the Lord Jesus affirmed, "But I say unto you, That whoso looketh on a woman to lust after her, hath committed adultery with her already in his heart," had not the Pharisees as much occasion to demur and say, "The seventh commandment says nothing about lustful looks:  You are reading into it what is not there"?

Ere passing on, a few words need to be said on the special heinousness of this particular crime. Adultery is the breach of wedlock.  Even the Pharisees did condemn it, for though they made light of disobedience to parents (Matt. xv, 4-6), yet they clamoured for the death of the woman guilty of this sin (John viii, 4, 5).  The grievousness of this offence appears in that it breaks the solemn covenant entered into between husband and wife and God, it robs another of the precious ornament of chastity, it defiles the body and ruins the soul, it brings down the vengeance of God upon the posterity which Job called "a fire that consumeth to destruction" (xxxi, 12).  Be not deceived; neither fornicators, nor idolators, nor adulterers...shall inherit the kingdom of God" (I Cor vi, 9, 10). "Whoremongers and adulterers God will judge" (Heb. xiii, 4).

"But I say unto you, That whosoever looketh on a woman to lust after her, hath committed adultery with her already in his heart" (verse 28).  Here we have an exposition of the seventh commandment by the supreme Prophet of God, wherein He reveals the height, depth, and breadth of the spirituality of the Divine Law. That commandment not only forbids all acts of uncleanness, but also the desire of them.  The Pharisees made it extend no farther than to the outward and physical act, supposing that if the iniquity was restricted to the mind, God would be indifferent. Yet their own Scriptures declared, "If I regard iniquity in my heart, the Lord will not hear me" (Psalm lxvi, 18), and Christ here made it known that if a man allows himself to gaze upon a woman till his appetites are excited and sexual thoughts are engendered, then the holy Law of God judges him to be guilty of adultery and subject to its curse; and if he indulges his licentious imagination so as to devise means for the gratification thereof, then is his guilt that much greater, even though providence thwart the execution of his plans.

Our Lord here declared that the seventh commandment is broken even by a secret though unexpressed desire.  There is, then such a thing as heart adultery---alas, that this is so rarely made conscience of today.  Impure thoughts and wanton imaginations which never issue in the culminating act are breaches of the Divine Law.  All lusting after the forbidden object is condemned.  Where the lascivious desire is rolled under the tongue as a sweet morsel, it is the commission of the act so far as the heart is concerned, for there is then lacking nothing but a convenient opportunity for the crime itself.  He who weighs the spirits judges the going out of the heart after that which is evil as sin, so they who cherish irregular desire are transgressors of the law of impurity.

"But I say unto you, That whosoever looketh on a woman to lust after her, hath committed adultery with her already in his heart."  It is not an involuntary glance which constitutes the sin, but when evil thoughts are thereby prompted by our depraved natures.  The first step and degree, then, of this crime is when lust stirs within us.  The second stage and degree is when we deliberately approach unto--a feeding of the eye with the sight of the forbidden fruit, where further satisfaction cannot be obtained.  Then if this lust be not sternly mortified, the heart swiftly becomes enthralled and the soul is brought into complete bondage to Satan, so that it is fettered by chains which no human power can break.  Such was the deplorable condition of those mentioned by the apostle, "Having eyes full of adultery, and that cannot cease from sin" (II Peter ii, 14).

Well did Matthew Henry point out, "The eye is both the inlet and the outlet of a great deal of wickedness of this kind; witness Joseph's mistress (Gen. xxxix, 7), Samson (Judges xvi, 1), David (II Samuel, xi, 2). What need have we, therefore, with holy Job, to make a covenant with our eyes' (xxxi, 1) to make this bargain with them:  That they should have the pleasure of beholding the light of the sun and the works of God, provided that they would never fasten or dwell upon anything that might occasion impure imaginations or desires; and under this penalty, that if they did, they must smart for it in penitential tears.  What have we the covering of our eyes for, but to restrain corrupt glances and to keep out defiling impressions?" How much sorrow and humiliation would be avoided if such wholesome counsel was duly laid to heart and carried in practice.'

~A.W. Pink from Sermon on the Mount