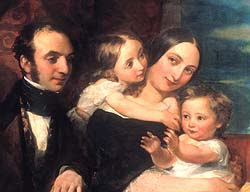 
Many of those who look no farther than the temporal happiness of individuals and the welfare of the State are not insensible of the importance and value of domestic relationships, realizing that the family is but the unit of the nation. No matter how excellent the constitution and laws of a country may be, or what its material resources, they are insufficient and ineffectual, unless a sure foundation for social order and public virtue be laid in the healthy regulation and wise discipline of its families. The nation is but the aggregate of individuals comprising it; and 16 unless there are good fathers and mothers, good sons and daughters, brothers and sisters, there will be no good citizens. It is because our home life has so sadly deteriorated that social decay is now so far advanced, nor can it be arrested until parents once again properly discharge their responsibility. We have no hesitation in saying that the future welfare of Britain (and the U.S.A. too) is more seriously menaced by the relaxation of family government and the breakdown of home life than by any governmental incompetence or foreign hostility.

Home! How much that one word used to convey! It is still one of the most precious in the English language unto some of us. Much more so when to all its natural attractions are added the hallowed associations which gather around a Christian home. Is not our favourite concept of heaven embodied in that blessed expression, “my Father’s House” (John 14:2). Because the Christian is not his own, but bought with a price (1 Cor. 6:19- 20), he is to aim at glorifying God in every relation of life. No matter what station he occupies, or wherever he be, he is to serve as a witness for Christ. Next to the church of God, his own home should be the sphere of his most manifest devotedness unto Him. All its arrangements should bear the stamp of his heavenly calling. All its affairs should be so ordered that everyone entering it should feel, “God is here!” The supreme aim of family life should be household piety, everything else being subordinated thereto.

It is in the home our real characters are most manifested and best known. Out in the world, a certain measure of restraint is placed upon both our corruptions and our graces; but in the home, we are freer to act naturally, and it is there that our worst and best sides alike are exhibited the plainest. As a close observer and one of wide experience said, “I can never form a correct judgment of a man from seeing or hearing him in a religious meeting. He may seem a very spiritual person there, and say very beautiful things, but let me go home with him, and there I learn the actual state of the case.” He may indeed pray like a saint in the church, but unless his home be governed according to the Word of God, and his own conduct be regulated by the spirit of Christ, he fails to witness for him in that most important and influential sphere.

The reality and extent of “a work of grace” in the soul are most clearly revealed amid the petty trials of home life. In the Scriptures, we find some of its most eminent characters subjected to that severe test. For example, the Lord gave as the reason for the intimate confidences He was about to make unto Abraham, “For I know him, that he will command his children and his household after him, and they shall keep the way of the LORD” (Gen. 18:19): thus his home life was as pleasing unto God as was his public. Nor are the Scriptures less explicit in showing us the disastrous consequences which attend a believer’s unfaithfulness in this relation. A notable case in point is the fearful ruin of Eli’s family: “I will judge his house for ever for the iniquity which he knoweth; because his sons made themselves vile, and he restrained them not” (1 Sam. 3:13). The state of a preacher’s home is likewise made the test of his character: he is disqualified from the sacred office, unless he be “one that ruleth well his own house, having his children in subjection with all gravity,” adding, “For if a man know not how to rule his own house, how shall he take care of the church of God?” (1 Tim. 3:4-5). 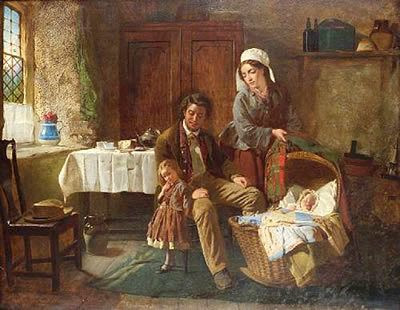 “What have they seen in thine house?” (2 Kings 20:15). Have you observed, my reader, how much in the Scriptures is in the interrogatory form? How frequently the Lord used that method of teaching, both with His disciples, the masses, and His enemies! It is a most definite and searching form of instruction. A considerable part of God’s Word is made up of questions; and it is our wisdom not only to thoughtfully and prayerfully ponder them, but to regard the same as being addressed to us individually―and thereby bare our hearts to their penetrating power. This we should do with the “Where art thou?” of Genesis 3:9, right through the Scriptures to the “wherefore didst thou 18 marvel” of Revelation 17:7. The one now before us was uttered by way of rebuke unto Hezekiah’s vanity, who―in a spirit of pride and ostentation―had shown the messengers from Babylon the treasures of his palace.

“What have they seen in thine house?” Let each of us take that inquiry home to himself and herself. What do visitors, especially those who spend a night under your roof, behold in thy home? Do they see a household which is well ordered, everything regulated according to God’s Word; or do they behold a scene of confusion and turmoil? Do the furnishings of your home bespeak a heart which is dead to the world? Is there a noticeable absence of that carnal luxury and fleshly display which mark those whose affections are set upon things below? On the other hand, is there that cleanliness and tidiness everywhere which honours the Lord? Nothing is more incongruous for one who professes to be a stranger and pilgrim (1 Pet. 2:11) here than to behold him or her endeavouring to outshine their godless neighbours in that which ministers to “the lust of the flesh, and the lust of the eyes, and the pride of life” (1 John 2:16). Equally so do neglect and dirt indicate that something is wrong with the heart, and mar a Christian’s testimony.

“What have they seen in thine house?” Do they behold a husband “under petticoat government,” or one who takes his proper place at the head of the home? The household must have a leader; and God has committed rule to the husband, and holds him responsible for its management. It is no valid excuse for him to say that he is the breadwinner, and therefore, he leaves the wife to run the house. Not that he is to be a tyrant, but firm, asserting his authority, ruling in holy love. Yet unless the wife fully co-operates, much of his effort will be unavailing. Not only does God require her to be subject unto her husband’s will (Eph. 5:22, 24), but to loyally support and further him―unless his requirements manifestly clash with the Bible. He is necessarily absent from the home most of the day, and therefore, it largely devolves upon her to “train up” their children “in the way [they] 19 should go” (Prov. 22:6). 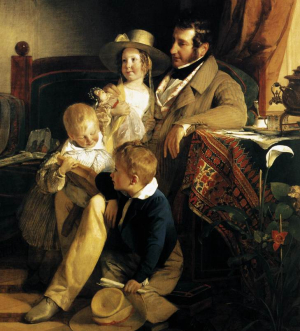 “What have they seen in thine house?” Little or nothing to distinguish it from the worldlings?―or everything in it aiming at the glory of God? The husband and wife conducting themselves as “being heirs together of the grace of life” (1 Pet. 3:7)? The children brought up “in the nurture and admonition of the Lord” (Eph. 6:4) and “in subjection with all gravity” (1 Tim. 3:4) ―or utterly spoiled, unruly, and a trial to those who have to endure their presence? Do visitors behold an example of parental piety, of salutary discipline maintained, evidences on every side that their hearts are set upon something higher than the baubles of earth? Do they see the family altar? Do they behold the Sabbath day―duly honoured―all unnecessary cooking avoided? If they do not, they will rightly suspect the genuineness of your Christian profession! If those things be absent, be not surprised if your children abandon religion as they grow older, having no confidence in what they were reared. God search every one of us with this important question.