I am sorry I have not been posting much lately.  I am very busy with New Sweet Little Blessing, who is like a little pink rosebud.  I just wanted to let you know about a few important things.

Firstly, you may watch an excellent documentary of the current state of our country here.  Agenda: Grinding America Down is available for free viewing until November 6.  Perfect timing for the election, and I recommend everyone who cares about our country watch it while you have this opportunity to do it without cost.

Secondly, my giveaway for the newly-released book, Be Still My Soul, By Joanne Bischof ends tomorrow!  So be sure to go and enter here if you haven't already, and to get your additional entries even if you have already entered.

And last, but certainly not least, I know there is much talk and apprehension of this election, and I want to say, just to have it said and make sure everyone is informed, that there are more than two candidates for the presidency.  I strongly encourage you to look into the Constitution Party, as there is a man running for president named Virgil Goode, and he will be on your voting ballot.   The values of the Constitution Party are excellent and truly what our Founding Fathers intended for this once great nation:

Principle 1: Life
We believe in Divine Providence and recognize our Creator as the author of human life. Thus, we believe in the absolute sanctity of human life.
The first duty of civil government is the protection of innocent human life from conception until natural death, no exceptions. When government sanctions abortion, then all lives are at risk.
Principle 2: Liberty
Far from granting license to ‘do whatever we want’, true liberty comes from God and real freedom is born of self-government. With James Madison, we assert the precious American ideal which set our country apart from other nations…
“We have staked the whole future of American Civilization, not upon the power of government, far from it. We have staked the whole future …upon the capacity of each of us to govern ourselves, according to the ten commandments of God.”
Principle 3: Family
Our Creator set in place the family as the first divinely instituted form of government.
It is the duty of civil government to recognize and protect the authority of the family unit.
When the state usurps the family’s authority, the hearts of the children are turned to the state, rather than to the fathers. Such socialist actions deny the created order and harm our communities.
Principle 4: Property
We believe that the right of individuals to own and steward their property is God given; established in such commandments as “Thou shalt not steal” and “Thou shalt not covet.”
We encourage private generosity, but oppose the forced transfer of one’s wealth to others by the state.
We believe that loss of ‘external’ property rights leads to the loss of ‘internal’ rights of personal conscience. It was James Madison who said, “Conscience is the most sacred of all property.”
Principle 5: The Constitution
In these United States, our Constitution established a representative federal republic – which represents the sovereignty of the people under God over the state.
Our founders purposed that the Constitution would uphold those ideals expressed in our Declaration of Independence, as the law of the land, and limit the power and scope of the federal government.
Principle 6: Limited Government
Our desire is to return the federal government to its constitutional boundaries.
The 10th Amendment, in our Bill of Rights, strictly limits the federal government to those jurisdictions specifically stated within the Constitution.
As a principle, our founders sought to ensure the duties of civil government always be performed at the lowest possible level. Local elected officials and clerks are more directly accountable to the people.
Principle 7: Sovereignty
We are firmly committed to the protection of our borders, our trade and our common defense. We believe that America is to be the friend of liberty everywhere, but the guarantor and provisioner of ours alone. 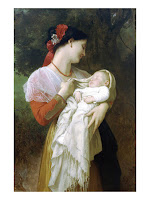 We oppose membership in the United Nations and any other treaty or affiliation that attempts to assert authority over our Constitution or bypass our sovereign citizens’ constitutionally elected representatives.